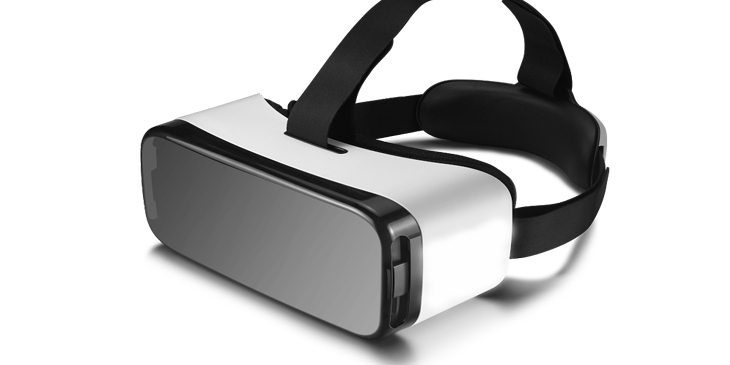 If you hear the words “virtual reality” and have thoughts of video gamers sitting around with giant headsets, slashing away at monsters or shooting enemies in a simulated three-dimensional environment, then you’re not alone. That perception of VR is one that will probably linger in the public consciousness for some years to come. However, scientists, doctors, and drug abuse professionals are all hopeful that new advances in the technology could change that paradigm in the near future. That’s because there’s a growing body of evidence that supports the use of virtual reality therapy for the treatment of PTSD and various other mental health concerns, as well as substance abuse and addiction.

What is Virtual Reality Therapy?

Virtual reality therapy is a type of treatment designed to provide patients with exposure to a simulated environment that enables them to confront their problems in a way that is separate from real-world dangers. Over the last decade, it has been used in testing at various military bases, universities, and VA hospitals around the United States as researchers have attempted to determine whether it could successfully help to reduce the symptoms of Post-Traumatic Stress Disorder.

The therapy is based on an older and proven form of treatment for PTSD known as exposure therapy. That form of treatment requires the patient to visualize and mentally relive traumatic experiences – such as those typically encountered in wartime activities – so that the memories can be related to a clinician. The process involves repeated visualizations and narrations, which eventually help the patient to better process the trauma in his or her mind. That helps to condition the brain in a way that lowers anxiety levels while normalizing the way that the patient responds to his or her memories of the trauma.

For the PTSD treatment, graphic simulations were created for more than a dozen different settings that can be customized by clinicians to include specific objects and materials that the patient remembers from the event. For example, tanks, helicopters, and small arms can be added if those elements were involved in the trauma. Environmental effects like smoke, clouds, and more can be added to enhance the realism. The VR technology then enables the patient to experience that event in a safe, simulated environment. Throughout the experience, the patient remains in constant voice contact with clinical staff.

How Does Virtual Reality Therapy Work?

Obviously, the virtual environment is not an exact replica of the actual place and events where the trauma occurred. The goal is to simply have it be as close to reality as possible, with just enough of the vital details in place to allow the human brain to recognize the setting. Researchers have found that patient brains actually fill in any missing blanks in the environment as long as key details are present. As the patient experiences the trauma repeatedly over a period of time, other memories are unlocked and the brain can begin to process everything that happened and why.

In effect, the process works in much the same way that exposure therapy works. Patients are exposed to traumatic circumstances and talk about the events with clinical professionals. For young service members who have grown up with video games and other technologies of this nature, however, this type of exposure therapy offers those same benefits in an environment that better reflects their experiences. The virtual reality therapy can thus provide a more familiar setting for these young patients to receive the treatment they need.

Last year, news broke that University of Houston researchers were experimenting with similar VR technology to determine whether it could aid in the treatment of heroin addicts. Just as researchers and doctors have done with their PTSD programs, the Houston researchers created a simulated environment designed to place patients addicted to heroin inside a virtual reality replica of a house party where heroin is being used. Patients are intentionally placed in settings that are designed to stimulate their drug cravings.

The leaders of the study have pointed to the ineffectiveness of traditional forms of exposure therapy, and noted that those unrealistic settings seldom produce the actual cravings that addicts need to experience to affect a real intervention and change in mindset. Patients understand that the visualizations are not real, and that the exposure is all imaginary. The virtual reality environment shows more promise in that area, as participants are able to experience simulated cravings in ways that mere conversation and imagination have been unable to manage.

The Possibilities for Treating Other Addictions and Ailments

More recent studies have attempted to determine whether VR therapy can aid in the treatment of everything from depression to marijuana usage. Researchers in Spain and London have conducted tests to see whether virtual reality therapy can be used to help improve the self-image of patients suffering from varying degrees of depression. Other studies have focused on helping patients with nicotine addictions. All of the studies have indicated that patients who learn new and more effective coping skills in these virtual reality environments experienced greater success when it comes time to resist temptation back out in the real world.

Take the marijuana efforts, for example. In simulations, the researchers have been using not only the visual virtual reality environment, but have added additional sensory input to further reproduce the real-world settings addicts experience. One researcher has used a machine to emit the same type of odors that a drug user might encounter at a party where marijuana is being used – including things like incense, smoke from burning marijuana, and even the smell of the plant. No effort is spared in the attempt to faithfully recreate that drug-using environment.

In all these efforts, there is one main goal in mind: to retrain the human brain to react to stimuli in a new way that can help them to avoid relapse. Through repetitive exposure to that stimuli, the connection in the brain that links the stimuli to the undesirable response is severed. That severing of the link between stimuli and response has a name in the world of psychology: “extinction.”

A Therapy with Promise

At this point, no one is suggesting that virtual reality therapy is a magic bullet for addiction, mental illness, or conditions like PTSD. However, initial results are promising, and clinicians are eager to incorporate these techniques on a wider scale. One thing seems certain, however: the evidence is real, and there is undoubtedly a place for this type of therapy in a wide variety of clinical settings. When that happens, the world may never look at video games the same way again.