Synthetic Marijuana and Its Dangers 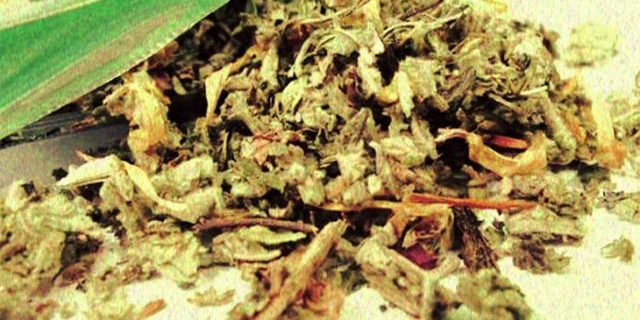 For generations now, parents have had a seemingly endless array of concerns when it comes to their children and the use of alcohol and drugs. At different times in the recent past, families have had to contend with teens using everything from marijuana and alcohol to drugs like crack cocaine, ecstasy, and heroin. In recent years, prescription drug use and abuse has been a rising concern, as the increase in prescription opiate use has led to a corresponding increase in illicit use of those drugs. In the last several years, another type of drug has also risen to prominence in the teen community: synthetic marijuana. For parents, it’s important to understand as much as possible about teenage use of synthetic marijuana, and the dangers it can pose to the nation’s younger population.

What is Synthetic Marijuana?

Synthetic marijuana is an artificially created alternative to marijuana that is often known by names like Spice, Scooby Doo, and many dozens of others. It is regularly sold as a safe and legal option for those who want to avoid using illegal drugs like marijuana. The substance is a combination of natural and unnatural compounds. Various shredded herbs are mixed together with chemicals that have been designed to have effects that alter the human mind. While some of those chemicals are close enough to those found in natural cannabis to semi-justify the use of the name “synthetic marijuana” their effects are often more powerful and vastly different than those produced by the plant.

The government has declared many of the common chemicals used in these drugs as illegal, since they possess no real medical benefit and can be easily abused. Manufacturers have cleverly tried to bypass those restrictions by creating variants of those illegal chemicals and using their versions in the synthetic mixture. They also tend to label these products in a way that designates them as unsafe for human consumption – and often package them as incense. Many sellers promote them as natural, but that’s misleading. Even those that contain natural plant material are anything but natural when considered in their entirety.

How Prevalent is the use of Synthetic Marijuana?

According to some sources, synthetic marijuana is currently the second most popular illegal drug used by the country’s teens. Gone are the days when it was legal, as the laws have caught up to the technology and declared this designer drug illegal for sale or distribution. Still, those laws haven’t prevented the drug from being manufactured, distributed, sold, or used by the teenage population. In fact, the usage numbers are disheartening, to say the least:

• In 2011, an estimated 11% of seniors in American high schools admitted to using the drug at least once that year.

• By 2015, teen use had dropped significantly. However, an estimated one out of every twenty high school seniors still reported using some type of synthetic marijuana.

• There are gender-based variations within those usage numbers. For example, males are more likely to use the drug than females, across all teenage age groups.

• In 2010, there were more than 11,000 emergency room visits involving synthetic marijuana. Three out of every four patients were between the ages of 12 and 29. More than three-fourths of those patients were male.

How Does Synthetic Marijuana Impact the Brain?

Users who have reported on their usage of the substance testify that it has several effects. While the initial impact involves a feeling of relaxation, there is also an alteration of perception. Those users have also reported that they can experience feelings of paranoia and anxiety, as well as visual and auditory hallucinations. That’s the anecdotal evidence, though. Studies on the drug are only now beginning to offer any clues to how it works within the brain.

That research suggests that the chemicals in this synthetic marijuana do work to attack to the same receptors in the nerve cells that THC targets. Of course, THC is the substance in marijuana – the natural kind, of course – that works to alter mental perception. However, there are indications that the synthetic chemicals are capable of forming even stronger attachments to those nerve cell receptors, and that can have powerfully unpredictable effects on the brain. To make matters worse, research is complicated by the fact that the drug’s designers are continually updating and refining the formula – using different chemicals and ratios to make the drug more potent.

How Are Teens Impacted by Synthetic Marijuana?

First, it’s important to recognize some of the risk factors that can lead children to try synthetic marijuana. According to experts, usage of this drug is more common among teens who have used other drugs or alcohol in the past. For example, a teen who has used alcohol regularly is twice as likely to try synthetic marijuana as a child who has never drank alcohol. The same holds true for both past and current smokers. And teens who have used hard drugs in the past are more than twice as likely to use this drug.

The biggest risk factor, however, appears to be use of marijuana. In studies, students who have spent their teen years using natural marijuana are extremely likely to try this synthetic variant. How likely? Well, according to one researcher, only one half of one percent of teens who’d never tried marijuana reported using synthetic marijuana. That suggests that teens who don’t smoke pot are generally unlikely to try this chemical-based drug either.

For those who do use the drug, poisoning can easily occur. Bad reactions to the drug are common, and include negative effects like:

• Brain fog and other confusion

What Can You Do If Your Teen is Using Synthetic Marijuana?

If you suspect that your teen is using this drug, get help for him right away. Synthetic marijuana can quickly become addictive, and many users experience withdrawal when they attempt to quit on their own. Unfortunately, that can create a situation in which the teen is literally afraid to stop using the drug, for fear of those withdrawal symptoms. You can recognize withdrawal symptoms, though some can mimic normal teen behavior: depression and sullenness, anxiety, headaches, and irritability. Talk to your teen if you suspect that drug use is present, and help the child get the treatment needed to overcome his or her use of the substance. Synthetic marijuana is a serious health concern for teenagers across the country, and treatment programs are your child’s best option for recovery.