Is TMS Therapy better for depression than ECT? 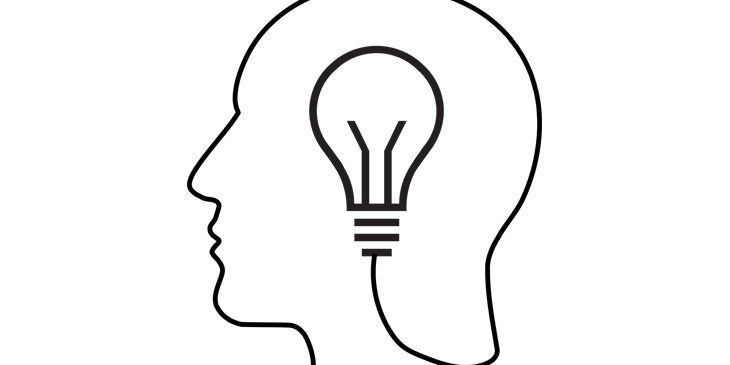 When patients with severe mental depression or suicidal tendencies do not receive satisfactory results from standard treatments, they have to cure their clinical depression with cranial therapies as the best possible options and alternatives.

Therapies for brain stimulation play a significant role in the treatment of severe mental disorders. These therapies involve activation and inhibition of the brain that is possible directly with the help of electricity. With ECT or Electroconvulsive Therapy, electricity is directly given by means of electrodes that are implanted in your brain. Other form of treatment is through TMS or Transcranial Magnetic Stimulation. This is a noninvasive treatment which is done by means of electrodes that are placed on your scalp. Electricity is also induced often by the use of magnetic fields that are applied to your head.

This kind of a therapy is an intensively studied one for stimulation of the brain and has a long history of use. Brain stimulation technique such as this is used to treat cases of extreme depression.

ECT is considered as one of the fastest methods for relieving symptoms in suicidal or severely depressed patients. It is also effective for those patients who are suffering from mania or several other illnesses of the mind. This therapy is depended upon when patients with severe depression are not responding to other types of therapy.

How does it work?

With Electroconvulsive Therapy, electric current is applied briefly through the patient’s scalp and the destination is the brain. The main purpose is to induce a seizure. This therapy is among the most effective treatments that are available for the treatment of depression.

Electrodes will be placed on the scalps of patients and an electric current that is finely controlled is applied. The electric current induces a brain seizure. Prior to administration of electroconvulsive therapy, patients are given muscle relaxants and they are put to sleep with the help of general anesthesia. As the muscles get relaxed, the direct effects of the brain seizure are restricted to the slight movement of feet and hands. Patients have to be constantly monitored when the treatment is going on.

This is regarded as one of the fastest methods for relieving symptoms in both suicidal and severely depressed patients. Neurologists are inclined to use this therapy when cases of severe depression are not responsive to other types of therapy. It is also used when patients become a real threat to others or themselves and it is deemed dangerous to keep on waiting for standard medication to take its effect.

Although electroconvulsive therapy has been used extensively for the past seven decades, it has not been fully understood by the people practicing it. There are risks involved with this procedure and patients may be affected by its side effects and most of these are directly related with the misuse of equipment or an incorrect administration of the electric current. ECT cannot be employed as a quick way to fix severe depression as against hospitalization or a therapy on a long term basis. It is also a fallacy that the patients are shocked out of their state of depression in a painful way. Most of the controversy linked with this treatment is as a result of unfavorable reports and news by media coverage.

This is the least invasive among the cranial therapies for treating people with extreme depression. This technique involves creation of a magnetic field by means of electrodes or an electric device that is head above the patient’s head. It causes a mild electric signal which is used to apply to prefrontal cortex. This is that region of your brain which is linked with moods. This is considered as a noninvasive process which predominantly uses magnetic fields in order to stimulate all the nerve cells in your brain so that depression symptoms could be alleviated. This is a treatment which is preferred over all other therapies today when it comes to treating suicidal tendencies among people and extreme depression.

How does it work?

During a session of transcranial magnetic stimulation, an electromagnetic coil will be placed on the scalp of a patient, near his or her forehead. The electromagnet delivers a magnetic pulse and this delivery is painless for the patient. It stimulates all the nerve cells in that region of the patient’s brain which involves depression and mood control. Tiny electromagnetic pulses will be administered through a coil. These pulses will pass through the skull easily in a targeted region of the brain. It also activates those regions in a brain that have typically decreased activity as a result of depression.

A session of transcranial magnetic stimulation may last for about an hour and the therapy does not need the patient to be under general anesthesia. Such electromagnetic pulses do not probe deeper than just a couple of inches in the brain; attending scientists will be able to choose only those sections of the brain that need to be probed. The impact of the magnetic field that is involved is perhaps about a similar strength to that administered by an MRI (Magnetic Resonance Imaging) scan. The patient will feel a slight tap or a knock on his or head when the pulses get administered.

Transcranial magnetic stimulation therapy has been declared in 2009 as a safe one by the Federal Drug Administration. It is regarded as an effective depression treatment. It is a non-drug therapy for patients who do not receive satisfaction from standard drug therapies. This is a preferred treatment among many patients who benefit by it without suffering any side effects that are generally associated with medication of an antidepressant kind.

• This therapy employs magnetic pulses which are precisely targeted.

• The magnetic pulses are similar to those used by MRI scans.

• Therapy stimulates crucial regions of the brain which are less active in patient suffering with extreme depression.

• Patients are alert and kept awake during this treatment and there is no need for general anesthesia to be administered.

• Patients will be able to get back to their normal daily activities soon after this treatment.

• A session may last for about thirty to forty minutes.

• The treatment is given five days of a week, for a period of four to six weeks.

Why is TMS preferred to ECT?

Patients seek cranial therapies for their clinical depression when medicines do not work on them. These therapies are for people seeking a solution but do not know which options to turn to in terms of cranial therapy. Many patients prefer transcranial magnetic stimulation over electroconvulsive therapy for reducing their symptoms of severe depression. The reason why they opt for TMS over ECT is because ECT uses powerful electric currents and is administered in nursing homes and hospital settings. It is also linked with various side effects that include serious conditions such as loss of memory. By contrast, TMS is considered to be a safe and non-invasive therapy which is administered in the physician’s office or an out-patient hospital set up. This therapy has no recorded side effects.

TMS has worked better with those patients who have not had success with their rounds of psychiatric medicine. TMS has helped cure thousands of patients with symptoms of severe depression, mania, anxiety, OCD and PTSD. So far, more than a million treatments of TMS have been performed and this form of therapy has helped countless people in their efforts to achieve remission. It is bringing in fresh hope to patients who feel down in the dumps with their clinical depression and mental disorders.

To seek TMS therapy as a treatment for depression, visit Harmony TMS.