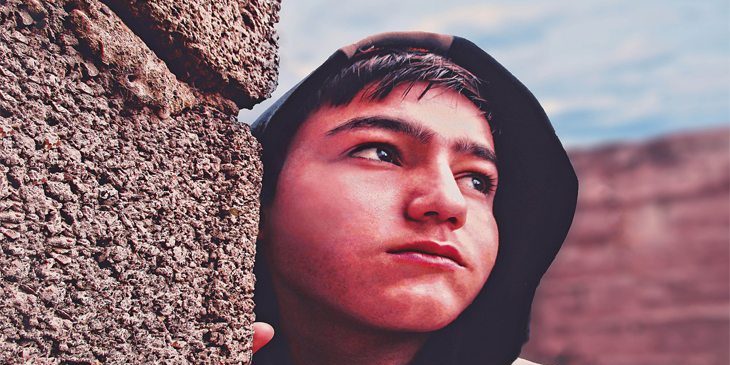 ADHD (Attention Deficit Hyperactivity Disorder) is a condition with behavioral symptoms such as hyperactivity, inattentiveness and impulsive actions. Symptoms of this disorder can be noticed at an early age when children start their schooling phase. Majority of such cases get diagnosed between the ages of six and twelve. Symptoms do improve as children grow older but some adults continue to have problems with this disorder till quite late in life. People suffering with ADHD also complain about additional issues such as anxiety and sleep disorders.

How is ADHD treated?

There is no short-cut formula for treating ADHD. There is no sure shot cure for this disorder. However, this condition may be managed with the right kind of advice, educational support and counseling for affected children and their parents. Medication and therapy are the two main types of treatment that are planned for curing patients who suffer from ADHD.

This is the first line of treatment which is provided to adults that suffer with ADHD. Medical attention will help relieve this disorder’s symptoms and prevent this condition from turning into a major problem in the daily lives of patients. Medicines are prescribed by specialist psychiatrists and pediatricians. Conditions during the prescribed administration of medicines can also be monitored by an attending general physician.

Some medicines have to be taken on a daily basis while others are given only when children attend school. Generally, physicians recommend treatment breaks so that they can assess further administration of medicines in terms of whether the dosage could be tapered off.

• Methylphenidate – This is a form of medicine that is used commonly for treating ADHD. It belongs to a group of medication which works by increasing the brain’s activity, particularly in those sections of the brain which play an important role in controlling behavior and attention. Methylphenidate is given to children and teenagers when they are more than six years old. This medicine is prescribed under a close supervision of general physicians or pediatricians. It is taken as an immediate release tablet with smaller doses, prescribed twice a day or it can be taken as a modified release medicine that is taken only once a day, after breakfast. Common side effects of this medicine are sleep disorder, headache and a slight increase in hypertension and pulse rate.

• Dexamphetamine – This medicine acts like a stimulant and is similar in its mechanism of action like methylphenidate. It stimulates those areas of the brain which control behavior and attention. This medicine is used by children and teenagers who are above three years old. It has not been licensed for use in case of adults above eighteen years of age. This medicine is also given under the close supervision of a general physician and a specialist pediatrician. It is taken in tablet form, twice a day. An oral solution can also be made available. Its side effects include mood swings, decreased appetite and agitated behavior.

• Lisdexamfetamine – This medicine also works in the same way as dexamphetamine and methylphenidate. It can be given to children suffering with ADHD when they are over six years old. This medicine is prescribed usually when methylphenidate does not work effectively. This medicine can be given even to adults when the attending physicians feel that they are benefiting from it. The medicine comes in form of capsules and it has to be taken only once in a day. Its side effects include decreased appetite, drowsiness and aggressive behavior.

• Atomoxetine – It works little differently than the other medicines given to patient who have ADHD symptoms. It falls in the category of SNRI or selective noradrenalin reuptake inhibitors. The main mechanism of action of this medicine is to increase the amount of chemicals called noradrenalin in the brain. The chemicals pass messages between the brain cells. An increase in the amount of such chemicals will help in improving the levels of concentration and they can also help in controlling impulsive behavior. Atomoxetine is given to children and teenagers who are over six years old. It has also been licensed to be given to adults who have ADHD symptoms. Its common side effects are an increase in heart rate and blood pressure, nausea, vomiting and stomach ache. In some cases. Liver damage has also been reported by excessive use of this medicine.

• Guanfacine – This medicine will act on that part of the brain which improves concentration and attention levels. It is also useful in reducing blood pressure. Guanfacine is given to children as well as teenagers when all other medicines are not suitable or when they are not effective. It is taken once a day in tablet form. The common side effects reported include fatigue and headache.

In addition to prescribing medicines for the treatment of ADHD, psychiatrists and general physicians will also recommend therapies in treating both children and adults. Therapy is effective in the treatment of additional problems connected with ADHD such as anxiety disorders or impulsive conduct. These are therapies that are considered effective while treating ADHD –

• CBT or Cognitive Behavioral Therapy – This form of treatment gives support for children’s careers when they are suffering with ADHD. It also involves teachers and parents. Behavioral therapy is provided along with behavior management. This kind of therapy uses a reward system to encourage children to control the ADHD symptoms. Various kinds of behavior can be identified and encouraged. For example, children could be motivated to learn to sit at the dining table when they want to eat something. Rewards can be linked with good behavior or certain privileges could be removed in case of poor behavior. CBT is helpful in managing the problems of children by changing the very way in which they behave and think. CBT therapists will try and change the way children feel about a certain situation so that it can potentially change the way they behave in society.

• Psycho-education – In this kind of therapy, children are encouraged to discuss the problems they face when they suffer with ADHD symptoms and how these symptoms are affecting their daily lives. Such a therapy is quite useful in helping the children cope with their condition.

• Parent Education and Training Programs – When children have ADHD, parents can go through specially tailored education and training programs which help them learn techniques of talking to their children along with how they have to work with them and get them involved in play activities so that the children can improve their behavior and their levels of concentration and applying attention. Such programs are generally arranged in groups of ten to twelve parents and each program is made up of about fifteen meeting sessions that can last up to a couple of hours.

• Training in the development of social skills – This therapy involves parents in training their children on how to take part on situations of role play. This therapy aims in teaching the children about behaving in social situations and understanding how their behavior will have an impact on others.

It has to be remembered that Attention Deficit Hyperactivity Disorder is treated differently with every individual suffering with its symptoms. There is no fixed treatment for every individual. The treatment plan has to depend on various things that include how the symptoms are affecting the lives of children or adults and how the medicines or therapies are working on each person. ADHD is treated with medication or therapies but a combination of medicine and therapy works out best.