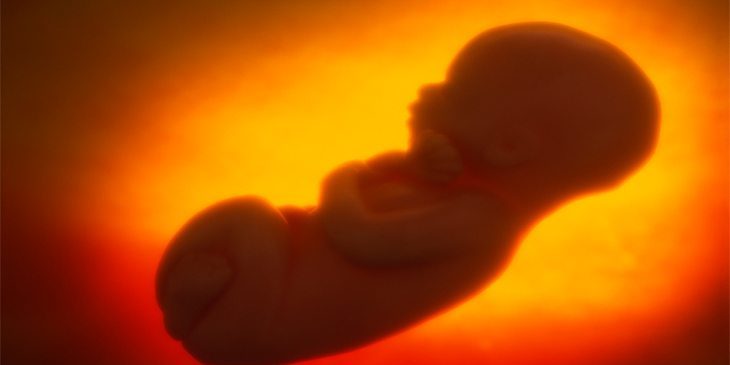 Much has been written and said on the subject of opioid abuse in the United States. It has become a chronic health care challenge in many parts of the country, and incidents of overdose and lesser complications have risen dramatically in recent years. The use of opiate by women during pregnancy has received far less attention, however.

According to some estimates, about 2.5 % of all pregnant women in America abuse those substances during their pregnancies. Opiate addiction has been on the rise in that group of women, and there has been little public debate about its impact on the unborn. For women who are pregnant, drug rehab is often the recommended solution – but few ever talk about the effects of opiate withdrawal on a fetus.

Why the Rise in Opiate Use?

In recent years, prescription opiates have grown in popularity throughout the United States. When most people hear that there is a heroin epidemic, they naturally assume that the drug heroin has made a comeback – and they’re right. The reason for heroin’s growing popularity, however, has more to do with the widespread use of opiate prescription medications like morphine than with an initial interest in heroin itself.

In fact, studies indicate that today’s heroin users are very different than those from decades ago. In the 60s, heroin abuse was the province of young people from low-income areas of the country. Today, they are more affluent and older – and typically became addicted to opiate pain medications long before they turned to heroin.

It’s important to recognize that relatively few women begin using or abusing opiates after they become pregnant. In the vast majority of cases, those women are already dependent upon those substances prior to pregnancy. Unlike the situation 50 years ago – when opiate use was predominantly associated with low-income males – today’s opiate abuse problems are increasingly associated with the fairer sex. In fact, the Centers for Disease Control and Prevention has reported that opiate overdose deaths for women have risen by 400% since the end of 1999, while it’s increased by 265% for American men.

How Does Opiate abuse Impact Pregnancy?

Pregnant women are particularly vulnerable to the effects of opiate abuse. Not only are these drugs highly addictive, but many women turn to them at an earlier point in their lives. They also tend to go from use to addiction much quicker than men, and that dependency can more rapidly transition to abuse of the substances. Abuse during pregnancy can have dramatic effects on both the woman and her unborn child.

The most obvious impact, of course, can be seen in the increased risk of miscarriage – even for pregnant women who decide to quit their drug use during their pregnancy. For women who continue to abuse opiates, there is an estimated 600% increase in complications related to the pregnancy. Worse, those risks continue even after the baby is born, as those babies experience birth weights that are much lower than the average, and an increased susceptibility to sudden infant death syndrome.

The impact on those babies who do manage to survive childbirth can be dramatic. Many suffer from long-term behavioral problems. Others experience delays in mental and physical development, and many end up enduring learning disabilities. A frustratingly high number of those children experience neonatal abstinence syndrome, or NAS, as they go through a post-birth withdrawal period. Babies born with NAS account for roughly 50% of all successful pregnancies involving opiate-addicted women. Often times, these babies don’t receive the immediate care that they need, since symptoms can take several days to manifest – at which point, most babies are at home with mothers whose continued opiate use may cause them to fail to see that there’s a problem.

The women themselves also suffer from the abuse, of course. They tend to experience diminished health and a lack of proper nutrition. At least one study indicates that roughly 75% of women suffering from opiate addiction never bother to obtain prenatal care during the pregnancy. As you might expect, relatively few of them take any of the measures needed to maintain their own health or ensure that their babies have an opportunity to develop properly.

How Does Opiate Withdrawal Impact the Unborn?

Often, the first advice that any addict hears is “just stop using the drugs.” Under normal circumstances, and with other types of drugs, that can be sound advice. After all, we typically urge women who are addicted to tobacco or who regularly use alcohol to stop those activities as soon as they become pregnant – or earlier if they know that they intend to become pregnant. On the surface, that might seem like sound advice for a pregnant woman who regularly abuses opiates. In reality, however, that can be the worst possible way for her to end her opiate use.

In fact, most experts agree that a “cold turkey” effort to end dependency on opiates can increase the likelihood that the unborn baby miscarries. There are, of course, other dramatic effects on the fetus:

Soon after an opiate-dependent person begins to go into withdrawal, her bodily systems are thrown into turmoil. Everything becomes unbalanced as the body tries to adjust to its new reality and the lack of the substance on which it had become dependent. Those effects become increasingly worse over time.

• Pregnant women who suffer from withdrawal experience a wide range of symptoms, including nausea and vomiting, aches and pains, sleeplessness, diarrhea, and agitation. The heart can race uncontrollably, blood pressure can be elevated, and fever can be induced. Within a few days, cramps can set in and depression can begin. At that point, drug cravings can become uncontrollable as well.

• Those symptoms can create turmoil in the developing unborn’s bodily symptoms. That can lead to fetal distress – especially in the period leading up to the fourteenth week of the pregnancy, and then again after the unborn child’s 32nd week of life in the womb. In fact, medical professionals typically recommend that women who decide to go through withdrawal should only do so in the time between the fourteenth and thirty-second weeks of life.

• In the most dramatic cases, fetuses can be miscarried or labor can be induced prematurely.

For Women Who Are Pregnant, Drug Rehab is the Solution

It goes without saying that the best solution to pregnancy and opiate addiction involves ending the dependency before pregnancy begins. For many reasons, however, that rarely happens. For patients who can manage it, however, drug rehab that ends opiate dependency prior to pregnancy can offer the best outcome for mother and child alike. Moreover, doctors typically recommend that recovering addicts put off getting pregnant for at least six months after withdrawal has ended.

While withdrawal during pregnancy is the worst option for women who are pregnant, there are other options that can help to end dependency and preserve the health of mother and child. The key to achieving those results involves the use of a strategic drug rehabilitation effort that gradually reduces dependency in a way that minimizes the disruptive impact that sudden withdrawal can have on health. One effective way to accomplish that goal is through the use of medications like subutex – also known as buprenorphine.

Subutex is a synthesized opioid that has been demonstrated to be effective in displacing opiates that are circulating throughout the body. Like methadone, it is used in the treatment of opiate addiction precisely because of its ability to reduce drug cravings when used in daily doses. Unlike methadone, it can be prescribed at facilities that are not federally funded, which makes it a superior option for patients who want to better preserve their privacy and autonomy.

Contrary to what some might believe, subutex has been tested using preliminary studies, and those studies indicate that it is indeed safe for women to use during their pregnancy. For women who want to protect their babies while pregnant, drug rehab treatments using subutex can provide a safer path to better health, and can help to reduce the risks posed by opiate withdrawal.