Teen cutting: what a parent needs to know 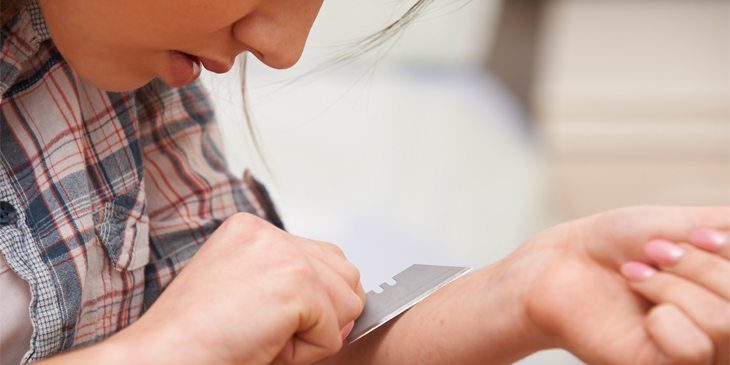 Teen cutting is a serious problem that has grown worse in the recent years. Approximately 10 percent of young people in the U.S. intentionally hurt themselves. The predisposition to harm starts in puberty, but episodes of self-harm can happen as early as 6 years old.

On Facebook and YouTube and other social media, these mutilations appear regularly. Many of the large social media platforms have adopted strict measures for removing posts of cutting and other self-harm. It is impossible to regulate all of them however.

The reason behind this behavior is control—especially controlling emotions.

If a young person cuts, burns or picks at his or her flesh, this is to feel something on a powerful level. It is a stress reliever, much like relieving stress on an exercise bike. While laboring hard on the bike might not be pleasant, the outcome of being through the discomfort is euphoric. Endorphins kick in.

Self-harm normally happens in the teen years, with females having a better likelihood to embrace the behavior.

Curiosity for some teens leads to the behavior, more than immediate need to indulge in pain. In way, it is the same compulsion that leads to experimentation with drugs and alcohol. The high experienced through the mutilation may also itself become an addiction.

The most common types of self-harm are cutting and burning. Other forms, such as pulling out hair, punching walls, eating non-food objects, including sharp objects, are less common.

Some reasons for teen cutting:

Warning signs to watch for:

If you know a teen who needs help with this dangerous affliction, please seek assistance at (855) 202-4220