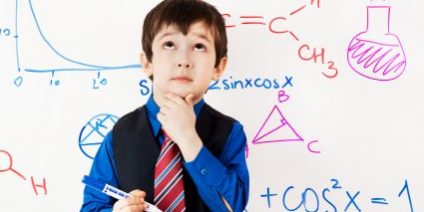 Child Prodigies: Born not Made

A child prodigy is someone who develops a skill at a level far surpassed for their age. Often, they are under 18 and have mastered something that an adult in a very demanding field, after a lifetime of practice, has yet to completely master. Some examples of well-known child prodigies are Wolfgang Amadeus Mozart, Pablo Picasso, and Blaise Pascal.

Prodigies are born, not made, and have exceptional working memories—defined as what holds information active in the mind, allowing it to be available for further processing.[1] They often place in the 99.9th percentile when their working memory is tested.1 What else do many prodigies have in common? Many are either linked to or diagnosed with autism or Asperger’s syndrome, with the first signs often being their attention to detail.1 Often, child prodigies are male, with autism running in the family, and the product of a difficult pregnancy.1

In 1944, when Asperger’s was first coined by Austrian pediatrician Hans Asperger, children were referred to as “little professors” due to their large vocabulary and certain expertise.1 A lack of social skills and obsessive interests round off the characterization of the syndrome.1

While not many studies have been completed on the link between child prodigies and autism, a 2007 study did find that close relatives of prodigies tended to score higher on tests for autistic traits, especially attention to detail and poor social skills.1

Child prodigies often benefit from certain autistic tendencies and seem to have avoided the downfall of others.1 According to one study, although child prodigies may have a form of autism, a biological modifier may have suppressed the typical signs, leaving the attention to detail trait enhanced.1 However, oftentimes, their IQ is not as enhanced as one would think it would be, often sitting in the higher range of “normal.”1

Unfortunately, sometimes, as the child’s amazing abilities are discovered, the parents begin to push their child to succeed.1 This leads some children to burn out quickly and go on to suffer other mental health problems later in life, dealing with lack of self-worth.1 As they grow older and their skills level out, with the inability to progress further, the prodigy often feels a sense of failure.[2] Also, they often have a difficult time adjusting socially as they get older.2 This puts them at risk of developing certain mental disorders, such as anxiety and depression.2 On the other hand, some grow healthy and happy.2