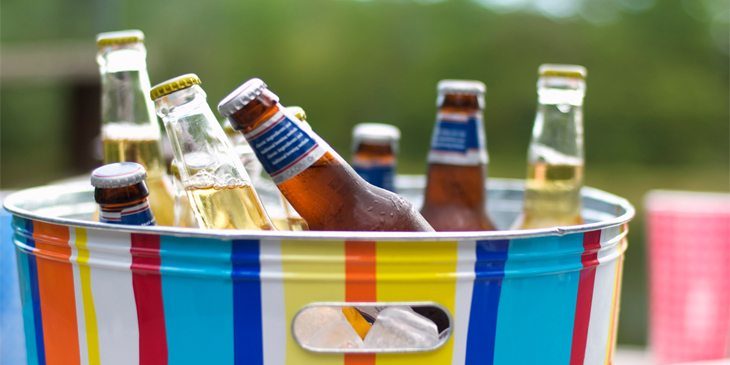 Alcohol is the most commonly used intoxicating substance among teens in the United States. The CDC reports that teenage binge drinking can be directly related to over 4,300 fatalities among teens every year.

Why do teenagers drink in such large quantities, or binge drink?

Teens want to experience something new and something tied to being an adult, which they are fast approaching. Adolescents are less affected by alcohol – they don’t experience the same type of sleepiness and motor control loss as older people, so they don’t always know when they’ve gone too far. They end up drinking far too much and very fast.

Alcohol impairs learning and memory, and although some effects of alcohol impair teens less, this effect actually hits them harder than adults. Experiences during any type of drinking will not allow active learning, in spite of the popular notion drinking in a safe environment, with the parent’s guidance, will ultimately protect teens in the long run. They will not learn how to not binge drink through social drinking with their parents or loved ones.

Do Europeans have fewer problems with teenagers and drinking?

In a word, no. Largely, European teens have higher percentage of alcohol abuse problems than the United States does. The drinking culture overseas does not protect teenagers, ultimately, from the dangers alcohol can bring their lives.

Do teenage boys and teenage girls’ brains function differently under the effects of alcohol?

Yes, but that doesn’t make one sex more or less tolerant than the other. Teenage females are less impulsive because their frontal lobe has the benefit of more connected neurons. Males, on the other hand, take longer to develop neuron connections, making them far more impulsive.

But that doesn’t account for the drinking trend. Teenage girls are nearly even with boys in how much drinking is taking place. So even with less impulsivity, factors like peer pressure, access and availability of alcohol, and the media are contributing to the outcome.
The bottom line: teens are drinking in dangerously large quantities, and often, and parents and loved ones should be more aware than ever.