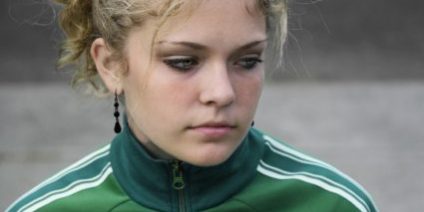 In 2014 Tennessee passed the “fetal assault” legislation to imprison women who are pregnant and abusing drugs. Since the inception of the bill, over one hundred women have been put in jail.

This summer that bill dies in Tennessee.

But another may be born in North Carolina.

Senator Brent Jackson (R) has introduced a bill to “discourage prenatal drug use in response to a concern brought forward by medical providers.” Jackson’s reasoning stems from an influx of pregnant women in the western part of the state who have suffered from substance abuse issues.

Rather than go to prison in Tennessee, these women went to North Carolina for help. Because of the crowded hospitals, the legislative response, strangely, is to adopt the same losing strategy that Tennessee employed, and has subsequently decided to discontinue.

The bill naively serves as a deterrent to substance abuse by pregnant women. The idea is that if you’re pregnant and using, you’ll go to jail and then the baby will be protected. If you decide to get treatment and maintain it throughout your pregnancy, you will have legal protection. That seems fair… but it’s also clueless as to the problems a woman in this situation faces.

You can’t get treatment if you cannot access it.

Many of these women don’t have the financial access or support, and therefore, off to jail they’d go.

Pregnancy and Substance Abuse: The Real Lesson to Learn

The Tennessee law created a mass of refugee pregnant women who sought help in another state, but instead of learning why this happened, this proposed bill in North Carolina reacts counter-intuitively. The treat of incarceration did not stop pregnant women from abusing drugs. Substance abuse addiction is a genetically acquired trait. Once it is recognized it has to be treated, but laws like these completely ignore that reality and demonize the individual, as though they are purposely harming their unborn child rather. This isn’t a crime. It’s a sickness perpetuated by a genetic disposition. These women are doing what all addicts do: obeying their damaged brains, which can no longer be relied on to do anything except demand more drugs under the threat of withdrawal agony.

A person in that condition doesn’t care that some politician has made what they are doing illegal. They are already breaking the law. Their brain, their addiction, doesn’t care.

They don’t want to go to jail, so what is the answer?

Keep it hidden. The baby. The addiction. It’s better that way.

How about that outcome? It is completely contrary to the well-being of the mother and the unborn child. For those women who fight their addiction, they must then flee their home state in order to receive that care? It’s already difficult to afford drug rehabilitation when every bit of money you have has gone to the drug itself, but now your own state would make it even that much more difficult on you?

Genetics is a Prime Factor in Substance Abuse

Addiction is not a choice. It’s not a disease for only evil, selfish people. It is a genetic defect. These types of bills might as well be criminalizing somebody for being overweight, despite having thyroid disease.

An addict cannot think about the harmful nature of her actions. That’s what addiction is: engaging in a certain behavior continuously, despite the severe consequences.

Imprisonment is Dangerous and an Inappropriate Tactic for Pregnant Addicts

Here’s three other important points to be made about how dangerous and inappropriate this type of punishment can be for these women and their unborn children:

We Don’t Understand the Real Problem with Addiction

There is a fundamental misunderstanding about what creates a drug addict. There is a notion that a daily choice is made to take substances. With somebody who is genetically predisposed to addiction, the only choice they ever made was to take the drug once—after that, they could never stop. Many people experiment with drugs and alcohol, but the unfortunate few can never stop once that experiment has been made. To punish them is to be ignorant of the root problem: their brains are sick. Very sick. They need medical help to restore their minds to a healthy state and they need therapy to deal with anxiety, grief, happiness and all other spectrums of human emotions that most people can handle without chemical intoxication.

These pregnant women are no different, but in their case, the disease of addiction has them and their baby hostage and only medically assisted treatment and therapy can be their salvation.

If you or someone you love is pregnant and abusing drugs or alcohol, please call, 855-202-4220 for compassionate guidance.