Long Suboxone Tapers Are Necessary for Some Addicts 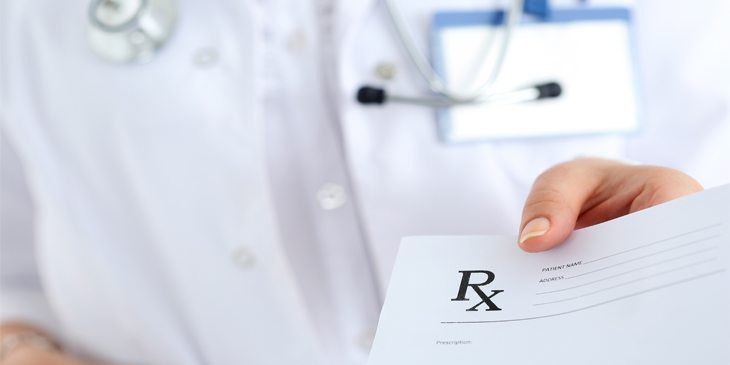 With the ongoing opioid addiction problem in the United States and other areas of the world, treatment for heroin and similar drugs has gained new attention in recent years. Opiate withdrawal is a major concern for health care professionals, as patients who endure its symptoms can be exposed to high levels of pain and other severe symptoms. To counter those withdrawal symptoms, treatment professionals often use a drug known as Suboxone. There is some disagreement about how long that drug should be administered, however, and how abruptly it can be safely discontinued. In this article, we’ll examine why long Suboxone tapers are necessary for some addicts.

What Does Suboxone Do?

Suboxone is a drug that relies on the active ingredient buprenorphine, which serves as an opiate receptor-binder. The drug binds the brain’s opiate receptors, and releases dopamine in the same way that opiates do. Suboxone and similar drugs all mimic the effects of heroin and other opioids, but do it in a way that eliminates the “high” that addicted individuals receive from using opiate products. The benefits for patients who are trying to detox from opioids is clear.

When using Suboxone, patients can detox from heroin or other opiates without experiencing the negative physical and psychological effects associated with most withdrawal efforts. In most cases, this can provide a smooth transition away from opiate use and enable patients to recover from their addiction with minimal impact on their health. Because of these benefits, medical professionals often rely on Suboxone to assist with the detox effort.

How Long Do Patients Typically Use Suboxone?

The major controversy over Suboxone has tended to revolve around the length of time that patients are required to continue using the drug. In some treatment programs, Suboxone can continue to be an integral part of the maintenance program for many years after the patient has been detoxified. Naturally, that has resulted in some critics suggesting that those patients have essentially replaced their opioid addiction with an addiction to the buprenorphine product.

The problem is that Suboxone was intended to be a long-term medication for maintaining an opiate-free lifestyle. To accept the controversy’s premise requires one to believe that this drug was only intended to be used for detox purposes, and then set aside. For several reasons, that’s simply not the case:

• Opiate addiction has a neural impact that doesn’t disappear even when heroin and similar drugs are finally flushed from a patient’s system. Sadly, the research seems to indicate that this neural impact may not even be reversible – at least not with today’s medical know-how. That means that medications like Suboxone are often required just to enable the patient to avoid relapse in the future.

• Available research indicates that patients who prematurely end their use of Suboxone typically revert to opiate use. That problem is especially prevalent with patients who stop using the drug within a few weeks after completing their detox program.

• Experts tend to agree that the average patient needs to remain on a Suboxone maintenance program for at least six months. Most, however, recommend that opiate addicts use Suboxone for a year or even longer to avoid the potential for relapse into their old behaviors.

The Problem with Long-Term Suboxone Use

Of course, it’s not as simple as just putting someone on Suboxone and then leaving them on it for the rest of their lives. As many experts have noted, Suboxone is not as benign as it might first appear. While its benefits are unmistakable, it has a dark side that cannot be ignored. Like the drug that it is designed to repeat, Suboxone affects the brain and alters mood. So, even though it doesn’t produce that euphoric feeling that patients get when they use heroin or other opiates, it is by no means neutral in its impact on the patient’s life.

Many patients recognize this danger, and independently quit using their Suboxone. That too can be dangerous, however, since it often leads to relapse. To properly end Suboxone use, the patient should have his or her dose gradually reduced over a period of months. That tapering process can help to better manage cravings for opiates and prevent a full-blown relapse. At the same time, counseling and other forms of clinical support should be provided to ease the transition to a Suboxone-free lifestyle.

When Long Suboxone Tapers are Needed

While some suboxone tapers can occur relatively quickly over several months, some patients need a longer period of tapering to ensure that they achieve some equilibrium in their lives. For some addicts, the elimination of Suboxone can be accomplished with minimal impact on their health and wellbeing. Others, however, require a more intense tapering period. That difference in response is largely due to factors that include:

• The severity of the patient’s addiction

• The patient’s commitment to using Suboxone after the detox process

• Other pertinent issues related to the patient’s mental, emotional, and physical health

In general, patients require longer tapering time when they fall into various high-risk categories. For example, younger patients – such as those under the age of 30 – often require longer tapers due to maturity concerns. Patients with erratic or non-existent employment histories generally benefit from a longer Suboxone taper as well, since that lack of stability can make them more susceptible to relapse.

Environment is also a concern. Patients who remain in environments in which they have ready access to opiates are always at a higher risk of relapse when they prematurely end their Suboxone support. Things like a stable family life, solid relationship, and a strong support system are also important. Patients who lack these essentials may struggle to avoid opiate use once they end their Suboxone reliance – as the high rate of relapse for early abandonment of Suboxone demonstrates.

When such long tapers are necessary, treatment professionals often recommend the use of non-agonist medications that do not bind to the brain’s opiate receptors. That can help to ease the transition to a non-Suboxone life while minimizing the risk of relapse.

In the end, these decisions should be made on a case-by-case basis, considering all the patient’s pertinent health and addiction issues. Suboxone remains one of the most important options for effectively treating opiate addiction, but patients who can safely reduce and eliminate their use of that drug should do so whenever possible. Some just need to be prepared for a lengthier tapering period to ensure that they have the best chance at living an addiction-free life.