If you or someone you know suffers from bipolar disorder, the condition can often be difficult to understand and even more difficult to manage without effective intervention. The condition can cause extreme emotional volatility and impact energy levels, as well as several other symptoms. To make matters worse, of the roughly 3 percent of Americans who have been diagnosed with bipolar disorder, the clear majority suffer from severe symptoms. Obviously, the effects can be devastating.

Naturally, many patients and their loved ones wonder why this ailment occurs. What causes bipolar disorder, and what risk factors make it more likely to afflict any given patient? Because this is a condition that can affect every aspect of a patient’s life, it is important to identify those root causes. That understanding can help patients, their families, and society to better cope with this serious condition.

Understanding the Causes is Critical for Treating the Disorder

Of course, it’s not all about just coping with the disorder. There is an even more important reason to better understand what might cause this and other psychiatric disorders: the need for effective treatment. Medical science has come a long way in the treatment of these types of conditions, as we’ve learned more about how our bodies’ chemicals and outside stimuli can impact the brain. Researchers who invest their time in the effort to discover the cause or causes for this disorder do so because that understanding can help them to better understand how to treat patients who suffer from the condition. 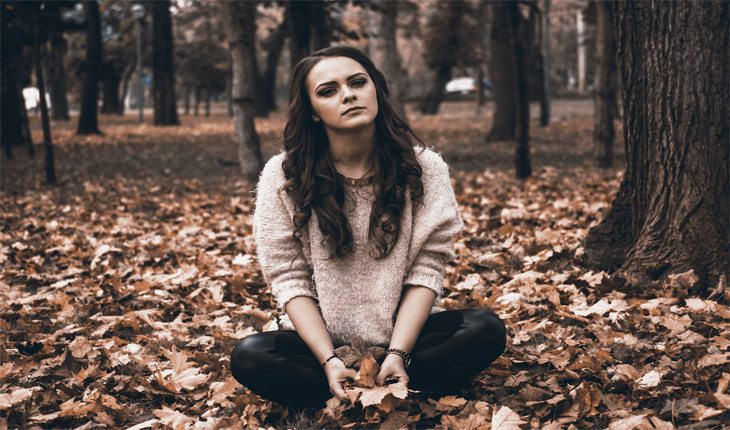 The Research is Ongoing

It is important to understand that the research into the root causes of bipolar disorder remains a work-in-progress. To date, there has been no definitive study that conclusively identifies the real causes for this dire condition. However, researchers have been able to successfully identify a variety of potential factors that may play a role in causing bipolar disorder. It may very well be that any of these factors – or a combination of factors – may determine whether a person ends up suffering from this condition.

Researchers have worked to determine what role – if any – genetics plays in bipolar disorder. So far, their research indicates that there does seem to be a genetic factor at work. Studies have shown that the condition appears to be far more common among patients who have close relatives who suffer from bipolar disorder. The connection seems to be limited to first-degree kinship, meaning that children whose parents or siblings suffer from this mania are more likely to experience it themselves.

That suggests that there may be some sort of genetic cause, which means that there may be a specific gene responsible for making some people more susceptible to the condition than others. However, it is important to note that most of the patients who suffer from bipolar disorder have no relatives with the condition. Of course, that doesn’t mean that genetics has no role to play. It does mean, however, that there is no guarantee that having a family member with this illness makes you any more susceptible to the disorder yourself.

The research to discover which genes might be responsible for that susceptibility continues, but has yet to identify the culprit or culprits. The good news is that any successful identification of a genetic factor could give the researchers valuable insight into the condition and even more effective treatments.

Most experts also agree that physiology has a role to play as well. Research indicates that identifiable issues with certain brain circuits can lead to problems with the nerve pathways. That has led many researchers to believe that these patients’ neurotransmitters may function in a way that contributes to this mood disorder. It all comes down to the way that three specific chemicals in the brain impact those brain circuits.

Those three chemicals – serotonin, noradrenaline, and dopamine –  have a vital role to play in determining how the brain processes pleasure signals. As a result, they are involved in a variety of different psychiatric disorders, ranging from depression and schizophrenia to severe psychosis. For example, dopamine is responsible in part for regulating the way that the brain circuits interpret emotional rewards. Noradrenaline and serotonin have been identified as contributing factors in depression. Current research suggests that these chemicals may be at least partially responsible for bipolar disorder too.

In addition to possible genetic and physiological causes, there may be environmental and lifestyle concerns that contribute to this condition. Research suggests that various forms of abuse seem to be prevalent in many patients’ backgrounds. Many have a history of extreme mental and emotional stress as well. There is also growing evidence that traumatic events seem to be common among patients suffering from this disorder. That trauma can include everything from abuse and emotional disruption to any type of severe loss.

Where lifestyle is concerned, there appears to be some sort of connection between substance abuse and bipolar disorder. Many patients who suffer from the condition have a documented history of alcohol or drug abuse. Substance abuse has been identified as a contributing factor in other psychiatric disorders, so it is possible that there is a link to bipolar disorder as well. The real question is whether the substance abuse contributes to the disorder, or whether the disorder leaves patients more susceptible to drug and alcohol use.

While the exact causes of bipolar disorder are still unclear, one thing is certain: early diagnosis and intervention is critical for long-term patient well being. Without a proper diagnosis to identify the patient’s problem, he or she may encounter severe challenges in many areas of life that impact work, the home, and critical relationships with others. In addition to the increased potential for substance abuse, these patients can also experience the following problems:

• Financial difficulties. Because their emotions and mental state are often volatile, many people with bipolar disorder struggle to manage money properly. Many others end up experiencing legal difficulties that are expensive and time-consuming. Unfortunately, these financial concerns can often lead to even more stress, making their condition even worse.

•  Problems at work and school. For young people suffering from bipolar disorder, school can be a real struggle. Many find the pressures associated with the school schedule and difficulty with social interactions extremely stressful. For adults, many work environments can present similar challenges.

• Relationship concerns. Bipolar disorder often makes patients somewhat unpredictable when it comes to emotional response. That can make it difficult for them to establish or maintain close relationships. Many patients experience disruptions in their personal lives, as family members and friends struggle to cope with the emotional issues that bipolar disorder can create. In some instances, the disorder can strain and damage even the closest relationships.

Unfortunately, researchers cannot yet say with certainty that certain factors directly cause bipolar disorder. However, their research in recent years has made great strides in providing us with a better understanding of how different physical and environmental factors can impact the condition. That understanding may help them to more effectively isolate the root cause or causes, and lead to improved techniques and bipolar treatment to help the affected patients.